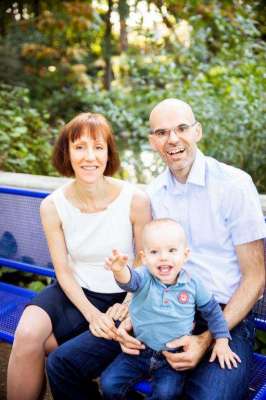 Work abroad as an Au Pair in München, Bavaria Germany for 10-12 months in Kristin's family

Join us if you don't have an account on AuPair.com
Register for free
and contact the families! If you already have an account, Log in to send messages to your favourite families.
3
Profile added to the favorite list of 3 candidates in the last 3 weeks
149
Profile Visited by 149 Job Seekers in last 3 weeks
96%
Answer Rate - Very active in replying

Welcome Letter to the Au Pair

We - Kristin, Andreas and Matheo Buske - have been living in/near Munich since
Sept 2018. We moved here from Weinheim because we both started new jobs in
Munich. We live in Moosach, a part of Munich which is app. 10km from the center,
and it is easy to get into the city by bus & underground or tram. Matheo is currently 3
years old, Andreas is 43 and Kristin is 41 years old. Andreas and Kristin are both
working full-time. Andreas is German, originally from Weinheim, and studied civil
engineering, working at the airport of Munich now. Kristin is half German - half
Norwegian and has been working in Southern Germany since 2005. She studied
biology and is working for Biogen, an American pharmaceutical company. Usually
(without Corono), Kristin has to travel regularly for work and is away app. 3 nights
every second week. We like travelling during our holidays as well and have already
taken Matheo to South Africa, United Arab Emirates, Norway, UK, Italy, Spain,
Dominican Republic, Switzerland ... We speak German, English and Kristin also
speaks Norwegian.
Matheo has been going to the nursery in Weinheim since mid-January 2018 and then
in Munich as soon as we moved here. He just started in the a bilingual (English /
German) kindergarden, which is app. 20min by bus / tram from our house. He usually
spends from 8am to 4pm there. You would be taking him to the kindergarden (by bus
/ tram) and also pick him up. Matheo gets up early (around 6-6.30am) but goes to
sleep around 7.30pm. He is a very happy child with lots of energy, walking around,
curious to discover the world. During the weekend, we go swimming, to a trampoline
park, visit friends and family and go to the nearby parks to look at the ducks or go to
the playground (with the Corona situation, this has obviously been limited a bit, so we
spend more time in our garden instead). Our families come to visit regularly
(grandparents as well as siblings with kids), and we also have friends coming to visit
regularly. Currently, Matheos favorite toys / things are planes and excavators
(diggers on building sites).
More ⇩

We are looking for support to occupy Matheo when he wakes up, get him ready for
the kindergarden, bring him to the kindergarden and pick him up, occasionally have
dinner with him if we have to work late (this would apply only during the week, not
during the weekend). Usually, we get home from work between 5 and 6pm and we
eat dinner at 6pm. When he is sleeping, we would like to go out some evenings (once
a week on average) but would usually be back by 11pm at the latest. We would be
expecting regular support with loading and unloading the dishwasher, clothes
washing, and tidying the flat, as well as cooking and grocery shopping if we have an
exceptionally busy week. We would ask you to also look after him 2 Saturday
mornings / months. The rest of the weekend would be free (unless there is a special
occasion where we need support – we would let you know in advance if this is the
case). We usually go on holidays 6 weeks a year (usually around Sept / Oct,
Christmas, March and June), so these would be holidays for you.
More ⇩


Family has pets No

Are you a single parent? No, our family has two parents

Importance of religion Not important

People living in the house 3

Children/People to take care of 1

We need a tutor who can teach

How old are the students the Tutor should teach?

We need assistance and support in

Taking care of pets required No

Riding a bike required No

We live in a semi-detached house with a garden and a terrace. We have a nice room
ready for you on the first floor. Matheos room, our bedroom and a bathroom are on
the same floor. We can either share this bathroom or you could use the guest
bathroom which is in the cellar – whichever you prefer.

Visa regulations for the Au Pair program in Germany

Au Pair in Germany: requirements for EU and Non-EU citizens