Why you should learn Danish?

Why you should learn Danish? 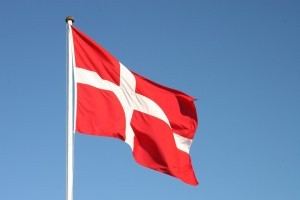 Learning a new language is of course always a good thing: It keeps your brain young and gives you the opportunity to communicate with other people.

Danish is the perfect choice if you want to learn a new language and Au Pairing in Denmark is not the only advantage. We will show you why you should definitely give it a try in our top five reasons why to learn Danish!

It’s true that Danish is a rather small European language. With only 5 million speakers all over the world Danish can’t reach such widespread languages like English or Spanish. But if you learn Danish you’re not limited to Denmark!
You can also use your knowledge in Greenland, in the Faroe Islands and Iceland. Furthermore Denmark builds a bridge between Germany and Scandinavia. That’s why there are even some Danish speaking people in Germany, in the region of Schleswig-Holstein. So if you want to learn the language during your Au Pair stay in an authentic environment you have many options to choose.

Danish is a North Germanic language. That means that it’s strongly connected to other Germanic languages like English, German or Dutch. But it has the most similarities with Swedish and Norwegian. Danish is even so close to these languages that Danes and Swedish / Norwegian people can communicate with each other without speaking the other language properly.
Another big advantage: If you already speak English or another related language it’s way easier for you to learn Danish. And in contrast to German, Danish grammar doesn’t even know cases or conjugation of verbs. Easy, right?
We have to admit that this is only half of the truth. In fact most people are really fast in learning how to read and write Danish but when it comes to understanding and speaking they complain about the Danish pronunciation. But we know how to solve this problem: Just work as an Au Pair in Denmark and learn the language first hand!

Denmark and the other Scandinavian countries have a really high quality of life. Even though Denmark only gets 4 hours of sun per day in average, Danes rank among the happiest people in the world. No wonder: They benefit from an outstanding health and education system.
Did you know that you can rent space in Danish libraries for free? The concept of open library convinces not only the Danes but many international visitors such as Au Pairs.
Come to Copenhagen and enjoy this beautiful city! If you can speak a bit of Danish you will feel less isolated and find new friends soon. So you can attend more social events and truly participate in the Danish culture.

4. Meet the famous figures of Danish history and literature

No matter where you are coming from, you certainly know the fairy tales and stories of Hans Christian Andersen. He wrote hundreds of stories from “The little mermaid” to “The ugly duckling”. Learn Danish and read the stories in the original version! You might notice the Danish spirit which may be vanished in the translations.
Furthermore you are able to delve into the world of Karen Blixen’s novels. Or you can read philosophers like Søren Kierkegaard and experience a new intellectual stimulation. Depending on the age of your Host Children reading one of Hans Christian Andersen’s fairy tales might be the better choice though.

Danish is a bit special. There are only three more vowels in the Danish alphabet than in the ordinary one. However these three letters (Æ, Ø, Å) make up to more than 20 vowel sounds when pronunciated.
Also when it comes to numbers Danes like to be quite extraordinary (remember the intellectual stimulation? Here you get it!). Instead of just saying the number ninety for example, they say halv-fem-sind-tyve which means half five times twenty. And no, half five doesn’t mean 2,5 but 4,5. Well, you want to become a genius? Learn Danish and impress people with your magic mathematics.
All in all you can say that by learning Danish you’re entering an exclusive club of language nerds. Or how we call it: Very lucky people.