Why you should learn German?

Why you should learn German 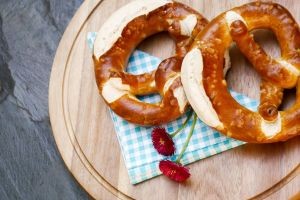 You’re not only looking for another language to learn but for an intellectual stimulation? You’re not afraid to mug up on grammar and want to delve into another culture during your Au Pair stay?
Mastering the German tongue seems to be the perfect choice for you. Thereby you even might feel connected with Mark Twain: In his essay “The Awful German Language” from 1880 the famous American writer shares his frustration about the learning process with his readers.
But you will soon notice that there are many good reasons to learn German - and that you will actually enjoy it.

1. You can impress people

Some people might say that studying German is quite a challenge. Imagine a word with 63 letters - must be German, right?
Exactly: The Rindfleischetikettierungsüberwachungsaufgabenübertragungsgesetz has been the longest word in this language (meaning: cattle marking and beef labeling supervision duties delegation law).
However even politicians found this pretty crazy combination of words too long. They abolished this law and therefore the word became obsolete. But imagine you learn words like this during your Au Pair stay in Germany and come back home impressing everyone with your language skills.
Maybe you’re even able to pronounce the German word for squirrel (Eichhörnchen) correctly - then you must be some kind of a language ninja!

2. Enjoy the German culture on a different level

Germany is known as the country of the writers and thinkers. It’s not only the home country of Goethe, Schiller and Nietzsche - many important cultural and scientific works are originally German. If you’re on an advanced level you will be able to enjoy such amazing lectures like “Death in Venice” by Thomas Mann or “Metamorphosis” by Franz Kafka in the original version.
Moreover there is also the other part of German culture: Oktoberfest and Karneval. Being able to understand and speak the language this will be a whole new experience. Besides costumes and Dirndl, you will get to know the German beer, according to the Deutsches Reinheitsgebot (German purity law). Great occasions to meet with your Au Pair friends by the way.

3. It activates your brain cells

Of course learning a new language is always a good thing. But studying German really activates your grey matter. Beginning with three different articles and four grammatical cases, you will soon find that there are more exceptions than rules in this language.
But don’t worry: to communicate with locals you don’t need to know every single detail - Germans will still be able to understand you. Besides even native speakers tend to struggle sometimes. There are in fact some funny books about it, for example “Der Dativ ist dem Genitiv sein Tod” which can be translated as The Dative is to the Genitive its Death.
You see, to have a great Au Pair experience, a basic knowledge of German is sufficient.

Thinking about learning German you might consider an Au Pair stay in Germany. But there are many other options. What about an Au Pair in Austria, Switzerland, Belgium or Luxembourg?
You can even travel to Mallorca in order to improve your skills since many Germans live there. However you’re not limited to Europe because you can find German speaking people everywhere.
For example in La Cumbrecita in the middle of Argentina. You’ll see that not only the street signs are in German but that many inhabitants keep the language alive. You even can find schnitzel, sauerkraut and beer there.

German can be a gate opener to Europe and many other regions of the world. In addition with an advanced knowledge of German you’re not limited to travel to the touristic hotspots like Berlin, Munich, Hamburg or Cologne.
Since Germany is in an excellent economic position, there are a lot of interesting job opportunities, too. Of course you can work as an Au Pair, but if you are interested in any other field, an Au Pair could be the perfect opportunity to learn the language first and come back later for working in an exciting field.

Svea B. Au Pair Job in Hamburg, Germany for 6-12 Months