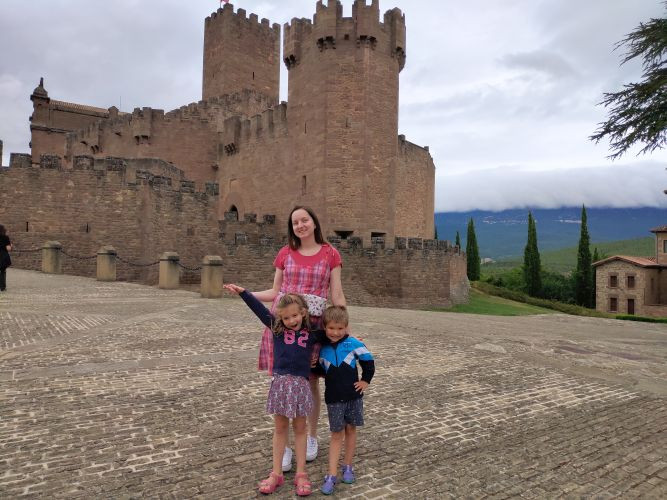 My name is Luba. I'm 23 years old. I call myself HAPPY AU PAIR TRAVELLER. I have already participated in this international exchange program twice. The first time I went to the southern part of France, where I stayed for three months and after 6 months in Russia I went again to Europe, but already to Spain.


Being in France, where I gained my first experience as a Russian Au Pair, I enjoyed the time with my Host Family and their children. I also learned a lot of French words, phrases. I was fascinated by French cuisine, we often invited guests and were guests in other homes. Probably the first thing I noticed was the way my family took me in.

I was accepted as a family member, as an older sister. Of course, it took me a few days to adapt in a new place, but it was absolutely natural. The family in France helped me to start speaking French, opened up their culture to me, and in the meantime I helped their children to learn new words in English, sometimes talking about Russia.
In Spain I was lucky to live with a Latvian-Spanish family, where the children’s mother speaks Russian very well (my native language). There I lived in the most beautiful city - San Sebastian - in my opinion. Everybody in Spain speaks English very well and that's why I met many people there, who also had a rest or came as a tourist. We communicated with the children in this family in Russian, so they could learn new words and expressions. In addition, I also learned and practiced a little Spanish, but more often I spoke to the children's father in English.

I spent about three months in this city and it was enough to spend it interestingly and useful: to learn a new language, to learn Spanish culture, to meet new people and travel a lot.
I am madly happy that I spent this time with those children, with families. This is an experience that I want every young person to experience. An experience that will change the way you think and bring bright colors to your daily life. Once you take a chance, you can be happy for life.

Subscribe to our newsletter:
Popular posts:
Interview with a Host Family from Austria » by Julia on 1st Mar, 2021
Regiane became a nanny for a 5 months old » by Regiane on 16th Dec, 2020
When a Family finds a perfect match » by Stuart on 16th Dec, 2020
Au Pair from Ukraine tells her story » by Elmaz on 16th Dec, 2020
Sophie’s Au Pair story in New Zealand » by Sophie on 25th May, 2020
Join us
Are you looking forward to starting the Au Pair program? AuPair.com will help you find your future Au Pair / Host Family.
Register with us and get to know what we can do for you:
Register as an Au Pair
Register as a Family