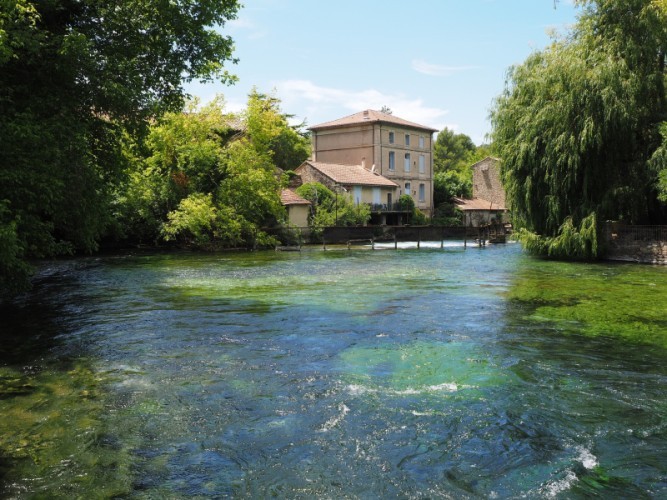 It has always been a dream of mine to speak the French language well, so an Au Pair stay after school in France was very obvious. I wrote to several potential Host Families on the "aupair.com" page and arranged a facetime meeting with one of them. Facetimen/Skyping is also very important in my opinion because it gives you a first "personal" impression of the family. I really got along very well with this family and so both parties decided to dare the exchange. The contract was sent to me before my arrival.

My host family has 2 girls, one 7 and the other 4 years old. I speak only French with both of them, which can be difficult at the beginning, but the language has improved a lot. In the second week my everyday life as an Au Pair began which consists of waking both of them at 7.00 o'clock in the morning, we have breakfast and I get them ready for school and then bring them there. In the meantime there is time for a language school or for sports. At 4.00 pm I pick both of them up again and keep them busy with games, in the garden and so on until 7.00 pm. On Wednesdays I have the children all day because in France there is no school on Wednesdays. All the Au Pairs I know in France have the children all day on Wednesdays and I do several activities with the girls that day which is a lot of fun for all of us. On weekends I have both days off, so I use the time to go to the nearby French Alps or to a lake with my friends who are also Au Pairs, of which there are many in France.

My ten months will be over in two months, but I can already say that this time was really wonderful and that it really helped me to improve my language skills and my personality. I have met so many new people and my Host Family has really become like a second family to me. Especially during the Corona time we bonded even closer.


Questions to Kira about her Au Pair stay in France

1. How old are you and where are you from?
I am 21 years old and from Southern Germany.
2.Why did you want to become an Au Pair?
I wanted to become an Au Pair because I really wanted to learn French and I wanted to take a break after graduating from high school. I also wanted to become a teacher later and gain first experiences with children.
3. How is/ was your relationship with the Host Kids? Did they accept your presence right away?
I was the first Au Pair and therefore I was a bit afraid of how the children might react to me. But the Host Parents had prepared them well and made it clear from the beginning that I was a member of the family. So I had a good basis and could build up a good relationship, because the Host Parents always stood behind me and made it clear to the children that they should treat me well.
4. What about the foreign language? Was it hard at the beginning to communicate with the family and the people in the new country? Did you attend a language course?
I attended a language course twice a week because I only knew basic French at the beginning. This was sometimes really difficult because children can't bring up empathy if you don't understand them. But by learning a lot I really managed to understand the language well and so I have no problems anymore. However, I would recommend to learn the language before.
5. Was it difficult for you to make friends abroad?
Although I was in a smaller city, it was not difficult at all. Through social media, there is probably an Au Pair group in every city/region on Facebook and/or WhatsApp. Also, you can meet many people and Au Pairs in language schools.
6. Would you do it again?
Absolutely! I was able to improve my language skills, found a second family, and I know now that I really want to become a teacher.
7. What advice do you want to give to future Au Pairs?
Writing to several families, and then facetime with them and not getting directly involved with the first family. And in the beginning, don't get scared if it's hard with the children, grow with them and learn more about them.
8. What do you wish somebody would have told you before leaving for the Au Pair stay?
That you have to be very adaptable, because you have to adapt to the family with eating habits and days off, for example. Therefore, it is important to discuss the family’s eating habits before leaving.

Subscribe to our newsletter:
Popular posts:
Interview with a Host Family from Austria » by Julia on 1st Mar, 2021
An Au Pair found her second family » by Anastasia on 16th Dec, 2020
Regiane became a nanny for a 5 months old » by Regiane on 16th Dec, 2020
Au Pair from Ukraine tells her story » by Elmaz on 16th Dec, 2020
My time as an Au Pair in Germany » by Joanne on 25th Jun, 2020
Join us
Are you looking forward to starting the Au Pair program? AuPair.com will help you find your future Au Pair / Host Family.
Register with us and get to know what we can do for you:
Register as an Au Pair
Register as a Family