Why you should learn Spanish?

Why you should learn Spanish 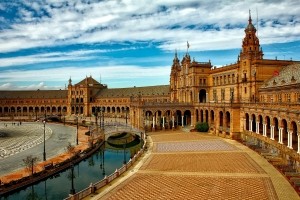 If you are looking to learn a language and have not yet chosen which one, here are some reasons why you should choose the language of Cervantes; just some of them, because if we name them all, you would spend hours and hours reading. Here we go:


1. It is the third most widely spoken language in the world

According to recent studies, approximately 400 million people in the world speak Spanish, almost 6% of the world's population. Spanish is the third most spoken language in the world, after English and Mandarin Chinese. For you who would like to work as an Au Pair, the possibilities are endless, Spanish is spoken in Spain, Mexico, Puerto Rico, Dominican Republic, Panama, Colombia, El Salvador, Venezuela, Uruguay, Honduras, Paraguay, Costa Rica, Argentina, Chile, Bolivia, Peru, Ecuador and many more. Don´t forget that Spanish is the second most spoken language in the United States, impressive, isn't it?


2. For travel and/or tourism

Definitely, traveling is one of the best experiences that a human being can enjoy in his life. We know that it is perfectly possible to visit a place and know it even if you do not know its language, but, make no mistake, the experience will never be the same if you do not know the language. When learning Spanish, the list of countries to which you can visit or grows enormously.

If you do not speak the language you will be limited to knowing only what your guides want you to know, that is to say you will miss the experience of asking questions, of knowing for yourself and you will lose very important aspects of the culture and traditions of that country. Spain (like other Spanish-speaking countries) is a country of a cultural must see, we know you have many responsibilities as an Au Pair, but wait, how about if you take the host children to visit the hundreds of Spanish museums, so you can get to know a millennial architecture, and learn a lot about that wonderful culture. You'll kill two birds with one stone.


3. The Hispanic culture is one of the richest and most extensive

If you learn Spanish you will know about a great cultural heritage inherited from great masters of literature, music, cinema, theatre, sports, etc. Let's name just a few of them, which I'm sure will sound familiar to you. Surely you have heard of Miguel de Cervantes, Gabriel García Márquez, Salvador Allende, Pablo Neruda and many more. You can't miss the opportunity to read them in their original language.


4. To improve your resume

Nowadays, in the highly competitive job market, it is essential to master a second language. We all know the rapid growth that Latin American countries are experiencing, and for many companies that want to expand their businesses there, spanish-speaking employees are greatly appreciated. Learning Spanish will give you the opportunity to work in a Spanish-speaking country or even to study in an academic institution in those countries. By the way, there are countless advantages that a stay as an Au Pair brings to your Curriculum Vitae. Sign up now. Getting out of your comfort zone and spending long periods in a foreign country can help you develop professionally and personally.


5. Benefits for your health

Yes, incredible but true, people who speak two or more languages can experience a number of health benefits. A study by the University of Ghent in Belgium states that the acquisition of a second language helps to prevent or delay the onset of diseases such as Alzheimer's or dementia. Several studies have proven that learning a new language improves brain plasticity and concentration and also helps prevent various degenerative diseases.

Other aspects of personality such as socialization are also positively impacted by learning a second language - what better than having friends abroad to practice Spanish? It is also proven that bilingual people are more problem solvers than monolingual people. By improving cognitive function, your multitasking skills are greatly improved.


6. Spanish is an easy language to learn

If you are an English speaker and want to learn a new language, Spanish is your best option. As far as phonetics is concerned, you won't have much trouble since his words are pronounced exactly how they are written; you won't have to learn a new alphabet either. In addition, both English and Spanish share many Latin-derived words, which is a great advantage for the learning process. Overcoming the discussion of the "easy or difficult", each language certainly brings its own challenges or has peculiarities that do represent complexities, for example for some foreigners the fact that the noun may have several genres as well as some verb conjugations can be challenging. Nothing a little practice can't fix.

7. You will learn other languages easier

Studies have shown that if you learn a second language, learning a third one will be a much easier task because of the language understanding you have acquired. Since Spanish is derived from Latin (Romance language), learning other languages such as French, Portuguese, Italian, etc. will not be a great challenge from a grammatical point of view. Such languages share a large percentage of grammatical structures, the changes in pronunciation and writing are very small, which is a great advantage for the learning process.

We are sure that you are already convinced and encouraged to learn Spanish, anyway, let me tell that in terms of popularity, Spanish is one of the languages that is gaining strength. The number of speakers has been steadily increasing in recent years.
The British Council places Spanish as the second most important language for British citizens to learn. In the United States, Spanish is the most studied foreign language in schools and is spoken as a mother tongue by 41 million people, not including another 11 million who has it as a second language
Well, it's time, ¡Comencemos!

Au Pair in Spain: requirements and the process Read More »