Why you should learn French?

Why you should learn French? 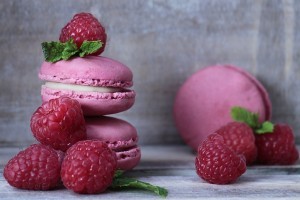 So many languages, so little time… Are you interested in learning another language but you’re still not sure which one is the right for you? The opportunities are unlimited: with today’s online resources you can learn nearly every spoken language in the world.
Moreover you can work as an Au Pair and practice your new skills with native speakers in almost every part of the world. We want to give you some orientation: What advantages do you have from speaking a certain language? Where can you use it?
For us it is clear that French is one of the most appealing languages out there. Maybe these five reasons to learn French will convince you of la langue de l’amour - the language of love.

1. French is easy to learn

French is easy? You're maybe wondering if we are just kidding. There are so many rules to follow and maybe even your Au Pair children might have their difficulties to differentiate between accent grave, accent aigu and accent circonflexe (honestly France, why?).

Yes, we have to admit that sometimes French can be a bit tricky. But the important things is that you find tons of resources about learning French! Since French is pretty popular, you just need to browse the worldwide web to encounter many different ways of learning it.

This might be in the form of podcasts, videos, platforms or apps. Even your local library will have some books for you. Maybe your Host Family will teach you some new words in French. As you see there is no excuse: You can start with French everytime and everywhere.

French is the language of love, we all know that. A tenderly whispered Je t’aime can have a different effect on a person than Ik hou van jou (sorry Netherlands!). But not only that: Literally everything sounds much nicer!

Did you ever try to swear in French? It’s just impossible to sound harsh when every consonant is pronounced as soft as butter. Using German swearwords everyone immediately knows that you are really angry. In contrast to that French expressions simply don’t allow you to sound mean. In case you are really upset this even might be an advantage: Just mumble some words to vent your anger while everyone around you might think that you’re reciting a very lovely poem.

3. It opens up the world for Romanian languages

French is boss level  - at least when it comes to Romanian languages. Once you mastered French, you’ll be able to read and understand Spanish, Italian, Portuguese and Romanian. In fact you kill five birds with one stone. For people who are dreaming of being a polyglot, French is the perfect choice.

On top of this you’re not only able to learn these languages faster but have better chances to get an international job. Big companies often look for people who can speak more than one language. With French and the basic knowledge of the linked linguistic family you can apply to a lot of exciting jobs - such as an Au Pair in France!

You don’t need to be a big fan of Casablanca (even though Humphrey Bogart and Ingrid Bergman are heartbreaking!) to know that Paris is the destination for romantic couples. This city offers more than just the Eiffel Tower and the Louvre.

It’s worth visiting for its historical architecture, for its arts and culture and also for the numerous cosy little streets which gives you the feeling of being in an overly sentimental French movie.

Taking pictures of this beautiful city for your Au Pair profile is one thing - but being able to read Voltaire, Jean-Paul Sartre and Victor Hugo in their original version is only possible when you understand French. Besides a personal letter to your Host Family in accurate French is a convincing argument for your own benefit.

And let’s be honest: there is anything more sophisticated than discussing literature over a nice glass of wine?

No matter what continent you want to travel to there is at least one country where you find French speaking people. If you like it fancy, come to Monaco, Belgium or Switzerland.

For nature lovers Canada, the Seychelles or New Caledonia are the right countries.

In case you prefer a warmer climate maybe the Maghreb is your ideal destination. As a French speaking person there are no barriers: Enjoy more than 50 different countries where you can start your Au Pair experience and find friends - just by speaking French.

Program information for an Au Pair in France Read More »