Why you should learn Portuguese

Why you should learn Portuguese 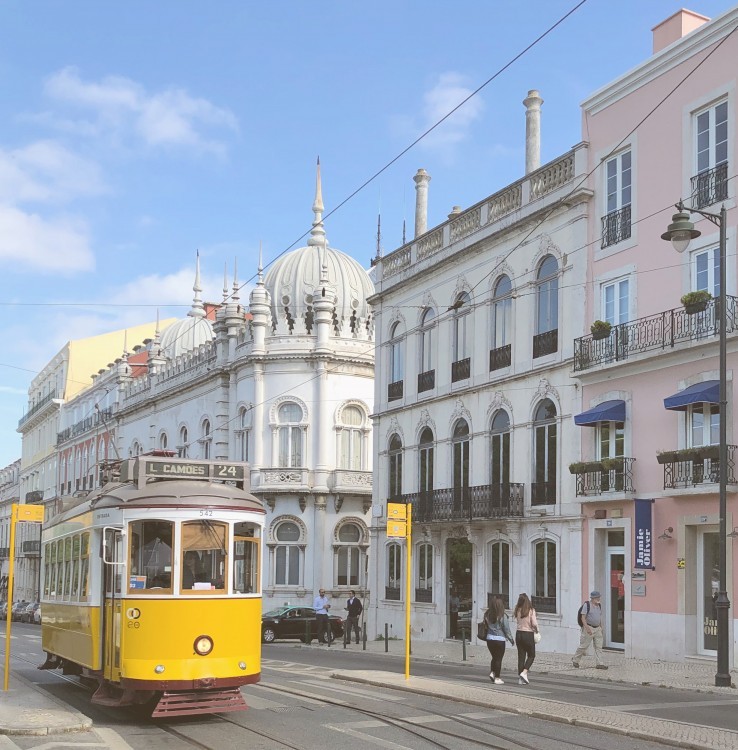 The Au Pair program is a great experience that gives you the chance to live abroad without paying rent, get in contact with a new culture, meet international friends while gaining some experience in childcare. It is a valuable experience to have on your CV even thanks to the language skills that you will improve: you will have to talk in a foreign language everyday to be able to communicate to your Host Family and to your new friends, but even to do daily tasks such as going shopping or talking to the locals. For these reasons, the language course is mandatory in most of the countries, but we advise you to take part in a course even in those countries where it is not required.
Finally, at the end of your Au Pair stay you will be able to write your new language skills in your CV.
Besides these practical reasons, in this article you will find out why you should learn the Portuguese language during your experience as an Au Pair in Portugal.


1. It is spoken in nine countries

Portuguese is the official language of Portugal, of course, and Brazil: the largest country in south America with over 211 million people living there.
Beyond that, however, not everybody knows that there are 9 member countries in the Comunidade dos Países de Língua Portuguesa which is an organization of countries where Portuguese is widely spoken. In addition to the two countries already mentioned, it includes: Angola, Cape Verde, East Timor, Equatorial Guinea, Guinea-Bissau, Mozambique and São Tomé and Príncipe.

2. It is a Romance language

If you already speak a Romance language, such as Italian, French, Spanish and Romanian it will be easier for you to learn Portuguese.
Those who approach the study of Portuguese are extremely advantaged if they already speak one of these languages because they will be able to understand the irregularities of verbs, the gender of nouns and the sounds of the language.
Even if at first you don't understand - especially by listening - you won't be totally lost and making progress in learning Portuguese won't seem like such a distant dream.


3. It is not a widely studied language

It is true that Portuguese is often associated with other Romance languages, especially Spanish, but it is also often confused with it.
Not many people can speak this language, and in our increasingly globalized society where we are required to stand out as much as possible, having such expertise is no small feat.
Knowing how to speak a language that is not so common is a skill that is appreciated in many working environments.

4. It will increase your job prospects

As we already said, knowing a foreign language is going to enrich your CV and open new possibilities for your career. Even though Brazil’s economy has had its ups and downs, it is the world’s 8th largest economy and its economy is experiencing a real growth.
Brazil has an important role in the international business, so learning Portuguese now is a really good idea.

5. You will get to know some amazing cultures

Being spoken in so many different countries, it embraces cultures that are very different from each other, but all unique. Portugal is the country where everything originated from: a European country deeply linked to the sea and in which today the old and authentic Portugal, and the new one coexist. In a country as large as Brazil it is possible to find about one-fourth of the world's known plant species and a wide variety of animals. In addition, it is a place full of fantastic places to visit that will leave anyone breathless.
Learning this language will truly open up a world of possibilities when it comes to traveling!
Traveling knowing the language of the place is always an advantage, and in the case of Portuguese-speaking countries this is even more true, giving you the chance to live an authentic experience by getting off the tourist track.

6. Music for all tastes

An important part of Lusophone countries’ culture is music. From Portugal to Brazil, passing by Angola, Cape Verde and Mozambique, wherever you go you'll find that music is a fundamental part of these cultures.
Portugal is the home of Fado, just as Brazil is the home of Bossa nova, but the variety of music in the Portuguese language is enormous: by speaking this wonderful language you will have access to many more musical genres, such as the Angolan genres of kizomba and kuduro music.

7. Everybody has a relative in Brazil!

Brazil experienced great immigration during the 19th and 20th centuries. No matter where you're from, you probably have a distant (or even close) relative living in Brazil. From 1870 to 1930, in fact, between 2 and 3 million immigrants settled in this beautiful country. Most of them came from Europe, but significant numbers also arrived from the Middle East and Asia.
The largest part of Europeans came from Portugal, Italy and Germany and have settled mainly in the state of Rio Grande do Sul. There has also been strong immigration to Brazil from Japan. In 1908, the first Japanese immigrants arrived in the country after an agreement between the Brazilian and the Japanese governments.
Learning this language could be a great idea to reconnect with some distant relative living in this surprising country, and if you don’t have any relatives there you can still visit all the wonderful places that Brazil offers.

Moving to Portugal: what you need to know Read More »