Why you should learn Dutch?

Why you should learn Dutch? 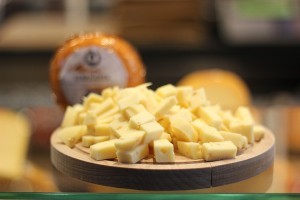 The Netherlands: Infinite fields of tulips, windmills and bicycles everywhere! Sounds too cliché? Then why not learning Dutch and discovering the Netherlands yourself during your Au Pair stay!

As you might know most of Dutch people are able to understand and speak English quite well. So why should you put in the effort and learn this language? Besides the language being real fun there are many good reasons why to take a closer look at Dutch.

We compiled the five best reasons why you should learn Dutch.

1. Dutch is very close to English and German

The Netherlands is in between England and Germany, not only geographically but also linguistically. Dutch is one of the West Germanic languages beside English and German. So if you’re a native speaker of one of these languages, Dutch will be in fact quite easy for you.

Also speakers of Danish, Swedish and Norwegian will notice some similarities with their languages.
If you’re familiar with English it will be even easier since the Dutch people are very open for anglicisms (in comparison to French people for example) like computer, shopping and many other words. This is a huge advantage when you want to approach a new language.
Even as a beginner you will understand easy texts in Dutch when you have an English or German language background. Similar to German, Dutch people integrate many English words and make them part of their own language. Let’s take a look at this sentence: Ik heb je foto op facebook geliket. Photo, facebook, like - it’s not that difficult, is it?

Frankly speaking, Dutch is one of the most enjoyable languages ever! Some words just sound very nice and friendly, sometimes even incredibly sweet (the Dutch word for cookie is koekje! Just pronounce it, it’s almost as sweet as the koekjes themselves!).
But Dutch can be really hilarious, especially when it comes to common expressions. Our examples contain chocolate, angels and piglets. But you’ll never guess the context. 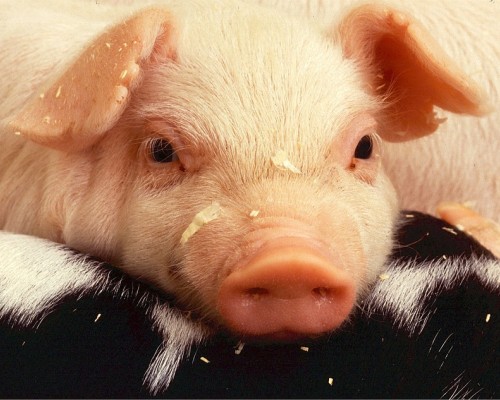 Learn Dutch and get the piglet washed!
Talking about sweet things: When Dutch people don’t understand what you’re saying, they might say “Daar kan ik geen chocola van maken” which literally means “I can’t make any chocolate from this”. The Netherlands appreciate chocolate so much, you can’t not like them!
Imagine you’re really enjoying your meal and you want to thank the cook for the delicious food. In this situation Dutch people say that the food is “alsof er een engeltje over je tong piest”. Literally this means “as if an angel is peeing on your tongue”. Tasty…
For us the most hilarious phrase is used when you want to make clear that you will take care of something. In the Netherlands you say “We zullen dat varkentje wel even wassen” which means “We will certainly get that piglet washed”.
Do you need any more reasons to learn this unique language during your Au Pair stay? We don’t think so.

3. Use Dutch in unexpected places

With around 25 million native speakers Dutch is the third largest West Germanic language. Of course you can apply your new language skills as an Au Pair in the Netherlands and discover such beautiful places like Amsterdam, Rotterdam or the region of Zeeland with its picturesque beaches. But you can also use Dutch in the Flemish region of Belgium. Just make sure to consider the slightly different accent there.
But you can even go more exotic with Dutch! It’s the official language in the South American state Suriname and even in the Caribbean! If you speak Dutch in Aruba, Curaçao and Sint Maarten people will understand you. You see that you can use Dutch not only in Europe but even in places with a paradisian climate. Isn’t that appealing?

4. Get to know the culture - and more

Dutch is not as important globally as English, not as widespread as Spanish nor as sophisticated as French. That’s why Dutch people appreciate it even more if you learn their language. Even if you’re still at a basic level you’ll find the already friendly Dutch people become even more friendly.
Furthermore the natives will immerse you more in their culture when they see that you really try. That’s why you’ll see that there is more in the Netherlands than just football, beer and the color orange, even though those are quite important things of course. That’s the way to find really good friends during your Au Pair stay.
Talking about delving into a new culture: Did you know that Dutch is very similar to  Afrikaans which is spoken by 6,4 million people in South Africa, Namibia and Botswana? The language was brought to the African continent by the ancestors of the Boers, the European settlers in Africa.
Since the structure and many words in Afrikaans is so similar to Dutch, you can easily gain some knowledge to visit these countries and communicate with the people. Either way you’ll be more than just a tourist with a sufficient ability to speak Dutch.

5. Be a language nerd

Of course it’s nice to know some English, Spanish or Italian. But that’s a bit mainstream, don’t you think? Dutch is the perfect choice for you when you’re a special person who is passionate about languages and also sees the minor beauties in life: For example words like Klokhuis which by the way has absolutely nothing to do with a clock house but in fact means the core of an apple. Beauty is in the small things, right?
So if you really want to be a language nerd or even strive to be a polyglot, Dutch is just perfect: It’s not mainstream and still can be learned easily, So what are you waiting for? Search for a Dutch Host Family for your Au Pair stay in the Netherlands or the Flemish part of Belgium and just go for it! We are convinced that you’ll have a fantastic time.

Au Pair in the Netherlands: information about the Au Pair program Read More »

Au Pair in the Netherlands: requirements and the process Read More »

Au Pair contract and insurance in the Netherlands Read More »

Au Pair in the Netherlands: visa requirements for the participants Read More »