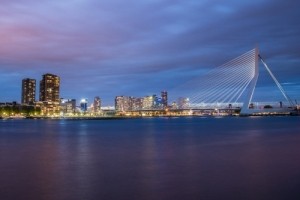 Netherlands is a nice place to spend your Au Pair stay. Cities in this country have a big historical heritage and many cities are full of canals that have nothing to envy to the ones in Venice.
At this country you will be also situated close to countries like Germany, Belgium or France, so a trip during your holidays to one of this countries is something you will surely consider.
Do you want to know more? Read about some of the most important Dutch cities below.

No doubt this is one of the most popular destinies when you travel to Europe. You might be thinking that it is because the Coffee Shops, but if you work as Au Pair in Amsterdam, you will see there is much more to see and to do here. 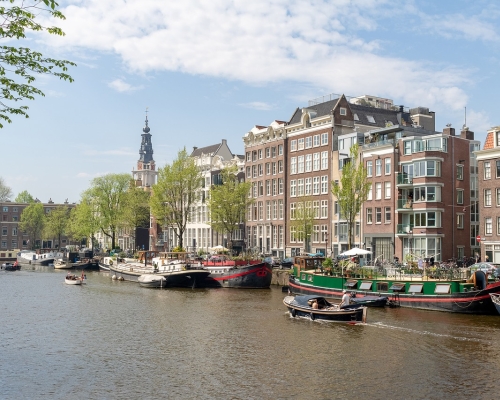 Amsterdam
For art lovers Van Gogh Museum is a must. Whether with other Au Pairs or the Host Family a visit to the museum is a nice activity and you will see some masterpieces.
If you are rather a history person, then try to save tickets for Anne Frank Museum as soon as possible, and see where for several years this little girl wrote her famous diary.
You don’t like museums? Maybe a visit to the Heineken Brewery or going to the Pijp, also called the Latin Quarter and full of ethnic restaurants where you can taste the flavor of different countries. You can later take a walk through the city and enjoy its architecture and see the famous Amsterdam’s canals.
Stay as Au Pair in Amsterdam and you won’t regret it!

Being the second largest city in Netherlands, Rotterdam is located in the south of the country and is famous for its port. As Au Pair in Rotterdam you could then go to the Europort, the busiest port in the world and also a place where you could make a trip on a boat! 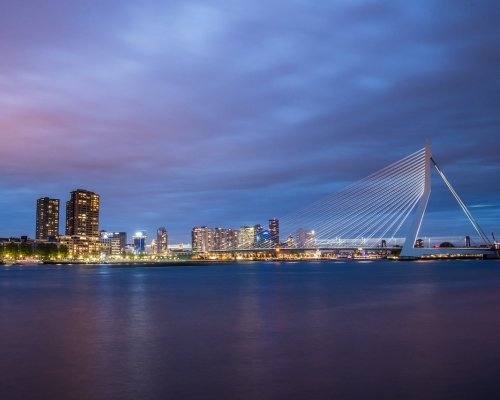 Rotterdam
Also, and having such an important port, you can visit the Maritime Museum of Rotterdam where you could see some painting representing the battle of Trafalgar.
Another interesting of Rotterdam is its architecture. The Witte Huis is an enormous building that survived during WWII and it is worth seeing. Also you can visit with the other Au Pairs the Cube House, a complex of different houses cube-shaped  and gives you the feeling of being in a videogame from the 90s.
To finish a great day visiting the city, you can go to the Erasmus Bridge and enjoy the views of the city from the second largest bridge in Netherlands.
Rotterdam will enchant you with its architecture. 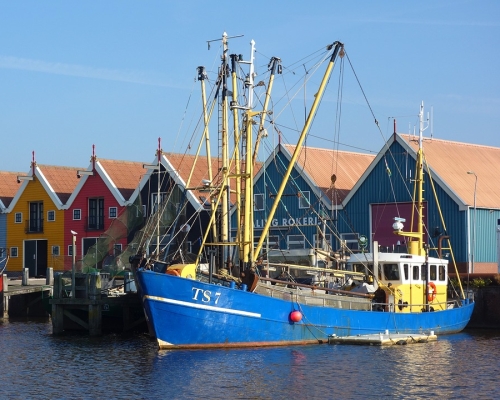 Groningen
A city with a lot of history. Here you can find a lot of Battlefield Tours where you will learn more about the past of this city. Also you can see some of the art of Groningen in the Noorderlicht Photogallery. Visit the Grote Markt with your Host Family and see how the Dutch life looks like or you can go with the other Au Pairs to Martinus Brewery and enjoy an authentic Dutch beer while chatting with your friends.
On a sunny day you could drive to Village of Bourtange, a small and nice village with the shape of a Star and surrounded by a moat. Become an Au Pair in Groningen and you will be able to do this and more things. What are you waiting for?

In this city many famous Dutch people were born - for example Antoni van Leeuwenhoek. The old town of Delft is a nice place full of important monuments. 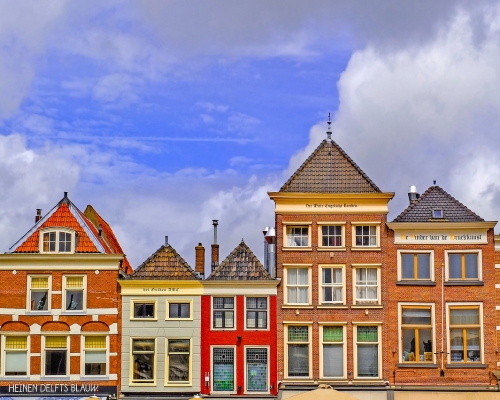 Delft
During your Au Pair experience in Delft you will be able to appreciate the before and after of the city through its Old Church and New Church.
But Delft is more than churches. Its most iconic building is the City Hall, a breathtaking building that will caught your attention due to its architecture and decoration.
Besides, behind the City Hall you will find the Municipal Theater where you can go with your Host Family. However if you prefer to walk around the city, then go to the the Old Canal of Delft and walk through this picturesque place and get the best pictures for your family and friends back home.
Delft may be small but its beauty will captivate you for sure.

Situated between Amsterdam and the North Sea, Haarlem is the capital of North Holland and it has been the residence of many famous Dutch artists. Also the city was founded officially in 1254 making Haarlem the seconds oldest city in Netherlands. 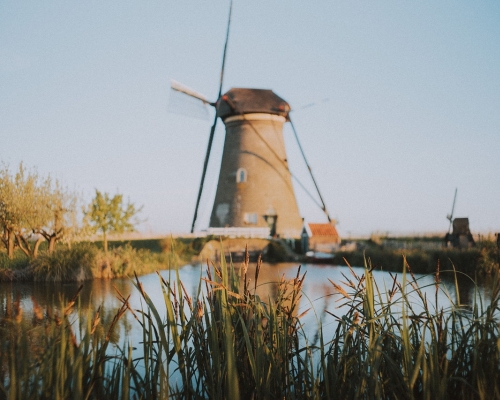 Haarlem
If you want to learn more about the artistic culture of Haarlem, go with your Host Family to the Frans Hals Museum, whose works focus on the Haarlem Academy.
Another interesting option is the Teylers Museum. However if there’s good weather then walk through the street and see the Amsterdamse Poort or the Old City Hall built in the 13th century.
Maybe one of the reasons that made you become an Au Pair in Haarlem are the famous Windmills you saw on TV? Well, then you are in the right spot because in Haarlem you will find De Adriaan Windmill. Although it is a replica of the original, the windmill still has some scent of the original one.
Au Pairing in Haarlem is the right choice for the art lovers. 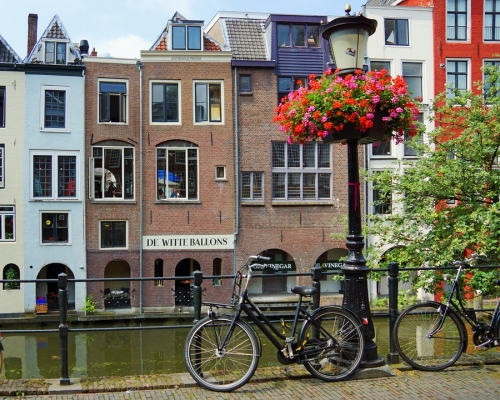 Utrecht
This city is among the most visited cities in Netherlands due to its cultural heritage. Therefore if you decide to stay as Au Pair in Utrecht, you will be able to visit several landmarks and museums that will tell you more about the history of Utrecht.
An example of Utrecht’s remaining history is De Haar Castle, a neo-gothic castle built upon a fortress. Another good example is the Dom Tower - a majestuous building that you can see from almost every part of the city.
However, if you want to learn about the history of this city since the Roman empire, go with your Host Family to the DOMunder. This tourist attraction is one of the most popular ones in Utrecht and it is made inside of an ancient basement.
And of course you cannot miss the opportunity of taking a walk through the old city of Utrecht and enjoy its canals. Utrecht is an interesting destiny if you really want to get into the Dutch culture.

Situated in the south of the Netherlands, Maastricht is the border of three countries! A visit to the tri-state border of the Netherlands, Germany and Belgium and taking a picture as a nice memory sounds like a plan. You will have been in three countries at the same time!
Also, this city has some buildings from the Middle Ages. An example is the Hell’s Gate, which used to be part of the city wall, or the Lichtenberg Castle Ruins.
But Maastricht is more than ruins and remainings. During the Carnival you will surely have fun with the other Au Pairs. Maastricht’s Carnival is very famous and it is celebrated at the Vrijthof.
To finish a nice week in Maastricht go to the Wyck district and shop around or have a cafe in one of the several restaurants there.

Why you should learn Dutch - Visit the Netherlands Read More »

Au Pair in the Netherlands: visa requirements for the participants Read More »

Au Pair contract and insurance in the Netherlands Read More »

Au Pair in the Netherlands: requirements and the process Read More »

Au Pair in the Netherlands: information about the Au Pair program Read More »