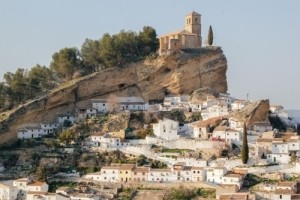 Spain has been named the second most visited country in the world. Its good weather, the people and the food are very good reasons if you want to enjoy your stay as Au Pair there and learn the language of the Quixote.
There are a lot of places where you can work as an Au Pair in the country which has been influenced by so many cultures such as the Romans, the Moors, or the Celts.
This is one of the reasons that distinguishes Spain as a country with a huge historic heritage, and that can be seen wherever you go. Au pairing in Spain is undoubtedly a good idea, and every place has its own way of living.

The capital of Spain. Madrid is one of the biggest cities in the country. It is a city that receives lots of immigrants so it is influenced by a lot of cultures from and outside Spain.
As Au Pair in Madrid you will be able to enjoy all the things that this city has to see. You can spend a nice day with the kids or with friends at the Retiro Park or go on an excursion to El Escorial or the city of Toledo.
If you are rather a city mouse then go for a walk through la Gran Vía, take a tour in El Prado Museum and Reina Sofía or have a calamari sandwich at Plaza Mayor. Not only that!
In Madrid there’s a lot of Clubs and Bars, and also theaters if you prefer to spend a nice evening seeing a musical.
No plans for Sunday? Buy something at El Rastro and go to La Latina for some tapas with the rest of madrileños. Madrid is a lively city day and night and will make your Au Pair time an incredible experience. 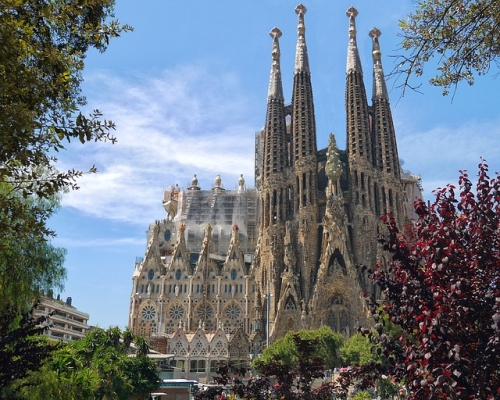 Barcelona
A city of Art. Barcelona is tourists’ favorite destiny when they go to Spain. Spend your time as Au Pair in Barcelona and you will live in the city that inspired many artists and architects. Home of Gaudí and his masterpieces like the Sagrada Familia or Park Güell.
Picasso spent his early years in this city too so a visit to Picasso Museum doesn’t seem a bad idea for a rainy day, and an opportunity to show your Host Family your interest for the Spanish art.
If it’s sunny, take a walk through La Rambla or go with other Au Pairs to the beach.
Do you like learning languages? Why don’t you learn both Spanish and Catalan? In Catalonia people can speak two languages, therefore it would be a nice way of getting immersed into the culture of place.
Another good idea is to join every local festivity and see a castell. Au pairing in Barcelona is what you’re looking for if one of these things have caught your attention.

Obviously Valencia is one of the best destination for everybody who wants to enjoy their holidays on the beach and have sunny weather. 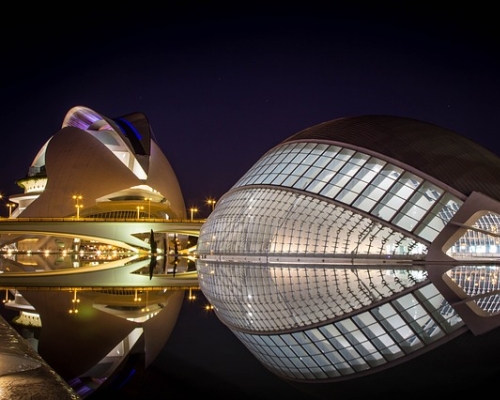 Valencia
Moreover working as Au Pair in Valencia will let you take part in one of the most famous parties in Spain and of the world; the Fallas. A party where people burn gigantic, satiric monuments during a show with fireworks and firecrackers. Very loud, very colorful and very fun!
However Valencia is more than beaches and party. Just visit the Oceanographic or the City of Arts and Sciences during your free time or when you’re working as Au Pair.
If you like architecture you will enjoy La Lonja, a splendid building, which is UNESCO World Heritage site. But if you prefer taking a walk through the city you will love Valencia’s historic center and its Central Market.
By the way, in Valencia they also speak Catalan, so another place in Spain where you can learn two local languages. No doubt this is place with much more to see than it looks. 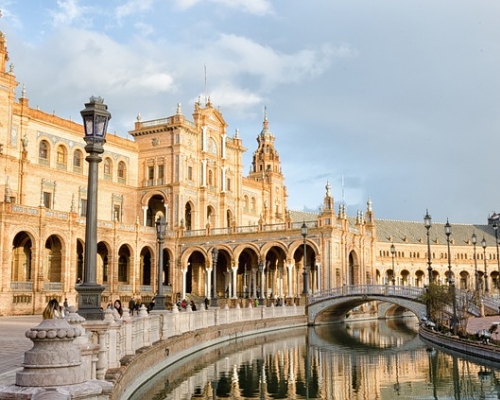 Sevilla
When you hear the sound of a bailaor’s taconeo, castanets and Spanish guitars you hear the sound of Andalusia. Au Pairing in Seville, the main city of Andalusia, is what you were searching to be part of the flamenco culture.
This southern city of Spain is full of monuments to see such as La Catedral and La Giralda. Go with your Au Pair friends to Plaza España or visit the Barrio de Santa Cruz, an old jewish neighborhood that today is full of restaurants and shops and with an amazing ambience.
What about a flamenco show at La Carbonera with your Host Family? This could be the perfect plan to integrate yourself into the southern Spanish culture. Finally if the weather is fine a nice cruise by the Guadalquivir river is a good plan to observe Seville from a different perspective.
Be an Au Pair in Seville and you will live in one of the most beloved regions in Spain.

San Sebastián is a city settled in the Vasque Lands in the north of Spain. There the languages of Spanish and Euskera are both spoken very often, so if you work as an Au Pair in San Sebastian you will probably hear people saying “Hola” or “Kaixo” to greet someone. 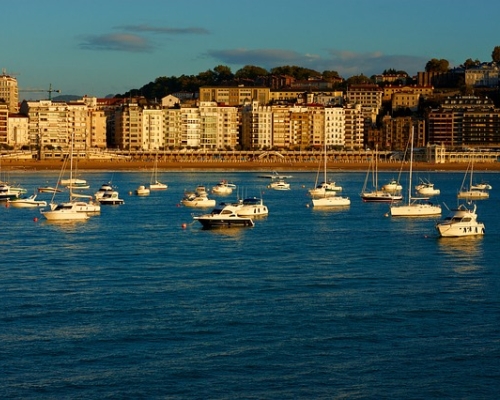 San Sebastian
When people talk about Spain not many think of the northern part of Spain, but San Sebastian is a beautiful city to spend your time of Au Pair. La Concha Beach is a very nice place to chill. Moreover from the beach you will be able to see Monte Urgull and Monte Igueldo.
An excursion with friends or the Host Family to these mountains might be a good plan for the weekend, and the views from there are spectacular. For those who like eating, try the different types of pintxos in a bar in the Old Town is to be recommended.
Lastly a visit to the Aquarium is something one cannot miss when au pairing in San Sebastian. The north of Spain is waiting for you to be explored. 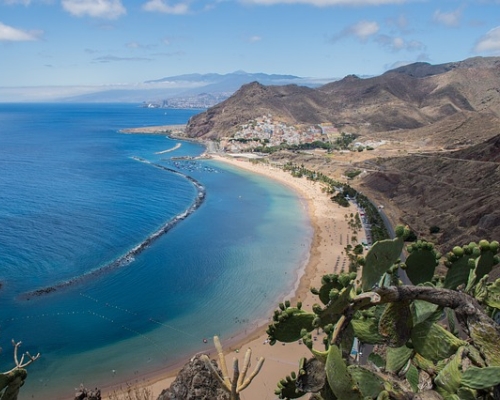 Tenerife
Au Pairing on the Canary Islands? It is possible if you decide to be an Au Pair in Tenerife. This island is one of the most visited islands in Spain and its carnival’s celebration has little to envy the one in Brazil.
Not many Au Pairs could say they have been in Teide National Park, right? This volcanic crater is a UNESCO World Heritage site and it’s the highest peak of Spain. Besides being on the Canary Islands will make you feel as if you were on the Caribbean, and a visit to Loro Parque with its largest collection of Parrots cannot be missed.
Tenerife is a beautiful island with lots of landscapes to see, but for those who like nightlife there are many Clubs and Discos where you can party with the other Au Pairs after a long week with the kids.
Stay as Au Pair in the Spanish Caribbean and have fun! 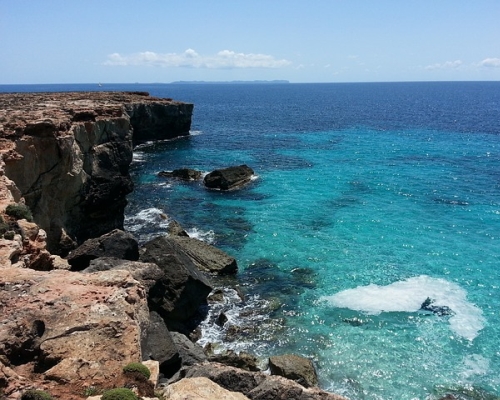 Mallorca
Many of you will be thinking, “Mallorca, Magaluf, Fiesta!”, but au pairing in Mallorca is more than crazy parties. This beautiful island has some monuments influenced by the moors like the Royal Palace of La Almudaina or the Arab Baths.
Climb to the tower at Castell de Bellver and you will get a 360° view of the island or go down to the Cuevas del Drach and contemplate its marvellous caves with a lake inside!
What this island has to see and visit can be enjoyed with other Au Pairs or with your Host Family, on foot climbing to its mountains to get a nice view or by boat and see la Cabrera. This national park is constituted by several islands where you will be able to lay on the beach or practice some snorkel.
An idyllic place to work as an Au Pair is Mallorca for sure. 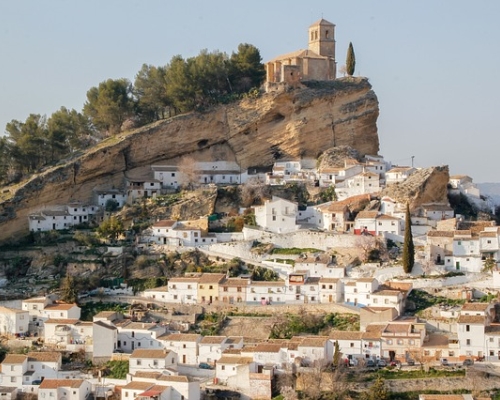 Granada
Be an Au Pair in Granada and you will be in this incredible Andalusian city. Strongly influenced by the Arabic culture its most famous monument La Alhambra is considered one the wonders of world and it is a UNESCO World Heritage site. A tour to this Arabic palace and summer retreat with your Host Family is a must in the things you have to do if you want to stay as Au Pair in Granada.
But not only this place is influenced by the Arabic culture, the Albayzín (an arab quarter) or Granada Cathedral built on top of Granda’s mosque are also wonderful examples of this. Obviously another things you have to do if you live in Granada is to have tapas at any restaurant with the other Au Pairs.
Ordering a drink and getting a free tap is a perfect plan at any time, not just during the weekend!
Finally if you like skiing, make a trip to Sierra Nevada with friends or the Host Family. Granada is small but with a lot of history and many things to be seen.

Au Pair in Spain: requirements and the process Read More »