Christmas around the world

Santa Claus is coming to town! Or shall I say Saint Nikolaus? The Christmas holidays are the most beautiful time of the year and even if the whole world seems united during this period, you may not be surprised by the fact that there are plenty of traditions, according to where you are, and that people all around the world celebrate Christmas differently.
As an Au Pair, you will get the chance to live a new and different Christmas in your Host Family, that’s why we gathered a brief history of Christmas, together with special celebrations all around the globe. Find out more about the international Christmas customs and share yours with us!

The origins of Christmas

Christmas is a centuries-old custom which, according to the Christian tradition, celebrates the birth of Jesus on 25th December. Did you know that it is a conventional date, though? Three centuries after Christ, the Catholic Church decided that the 25th had to be dedicated to Jesus birth; therefore all the pre-existing traditions in Northern Europe, such as the Saturnalia, had to be replaced.
But not everybody celebrates Christmas on the same day: the Orthodox Church follows another calendar (the Gregorian), therefore they celebrate Christmas on the 7th of January.

Does Santa really exist? While you are struggling making up stories for your Host Kids, thinking about how to make them believe in Santa, you may find this information quite interesting.
Santa really existed somehow: Nikolaus was a bishop of Myra (a city in Turkey) who was known for his charity towards kids in the IV century. His character melted with other pre-existing characters, forming the current Santa.
Today the Netherlands, Germany, Austria and Northern Italy celebrate Saint Nikolaus on the 6th December: the day where Nikolaus brings gifts and sweets to the good kids, whereas the bad kids are captured by the evil  Krampus, St. Nikolaus accomplice.
What about the big man with the white beard? Clement C. Moore, an american author, claimed to have written the poem A Visit from Saint Nicholas in 1822. The poem describes Nicholas who came down the chimney, dressed in fur with toys on his back, with rosy cheeks, his cherry nose and his unforgettable round belly. Does it ring a bell? This poem directly influenced our chubby and sweet Santa! And the Coca Cola ad from 1930s had a great impact on the representation of the character too. 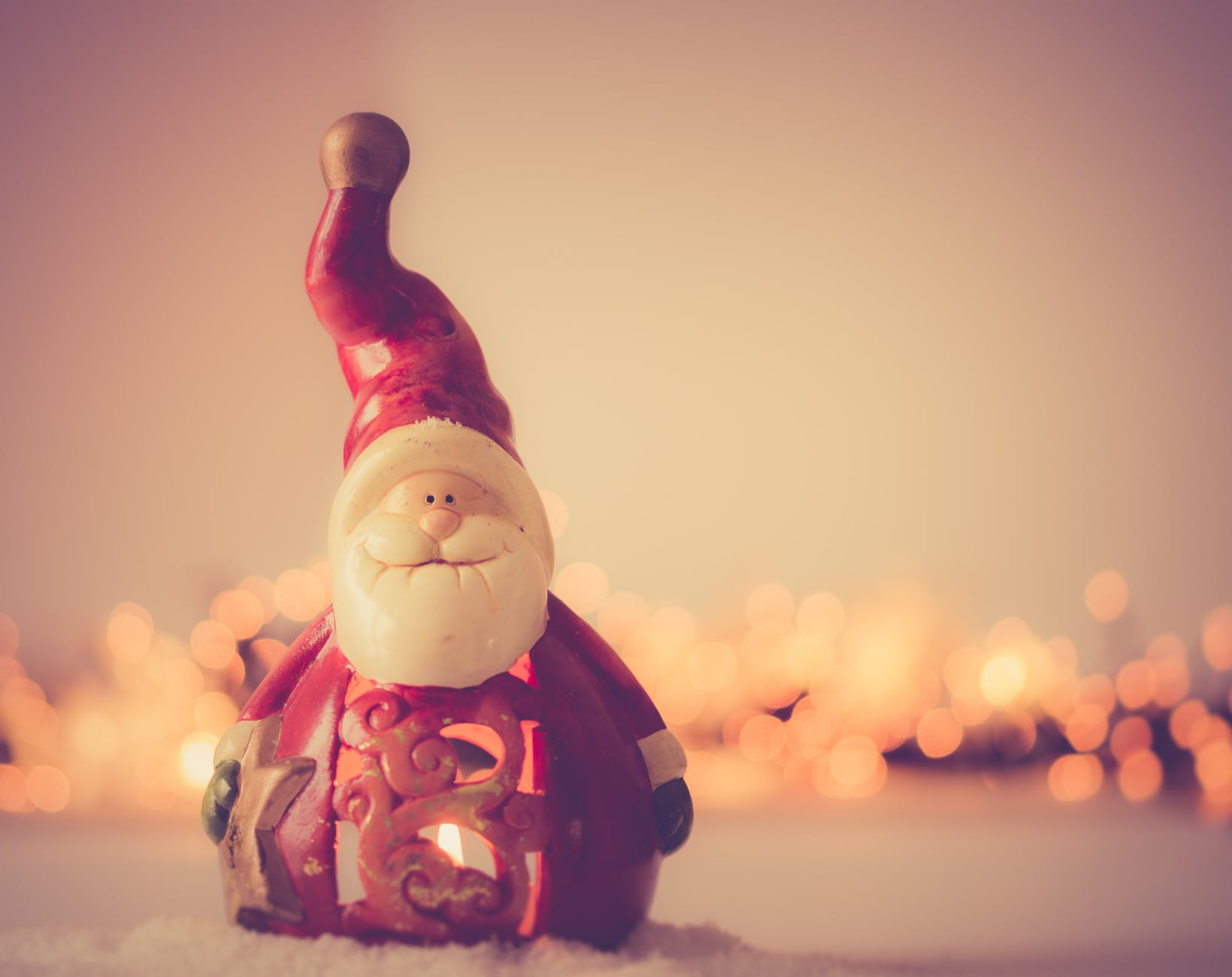 Getting into the traditions - Christmas symbols

Christmas trees, cribs and mistletoe are all symbols of Christmas but did you know that they have really ancient roots? As Christmas was “invented”, replacing already existing traditions, the Christmas tree comes from the ritual of pre-christian people in Northern Europe, who used to celebrate evergreen trees during their winter festivals. They also used to decorate the sacred trees with fruits, as a symbol of fertility.
But when did people begin to bring Christmas trees into their homes? We have to thank Prince Albert of Saxony-Coburg, the husband of Queen Victoria. The prince introduced the typical customs of his country in the XIX century into the Royal Family and since then, every home began to decorate their Christmas trees at home. 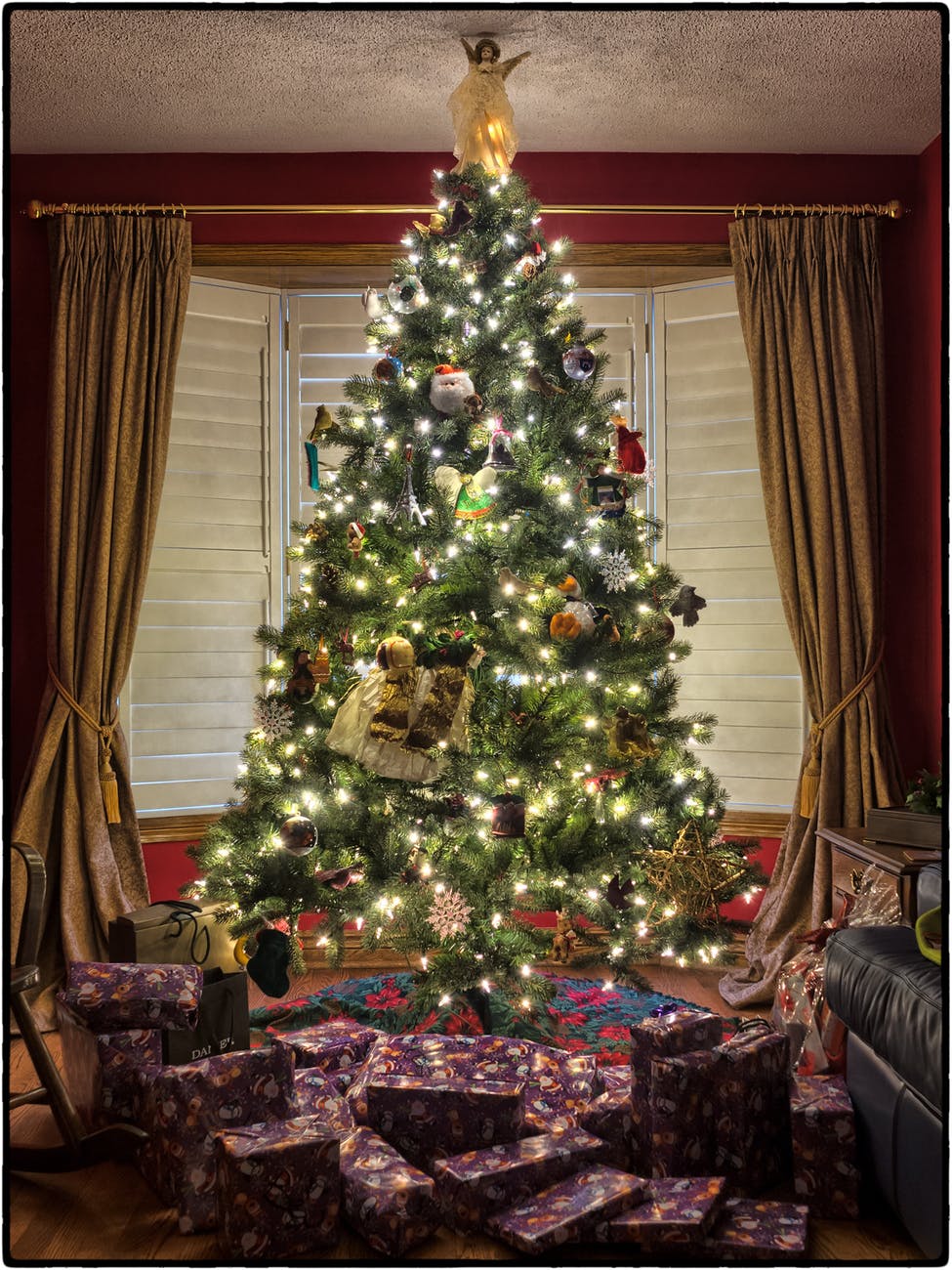 I won't ask for much this Christmas
I won't even wish for snow, and I
I just wanna keep on waiting
Underneath the mistletoe
Why is Mariah waiting underneath the mistletoe? Well, she has named a plant which was known among the Celts, the Norse and the Native Americans because it remains green during the whole winter. The perfect metaphor of love, isn’t it? 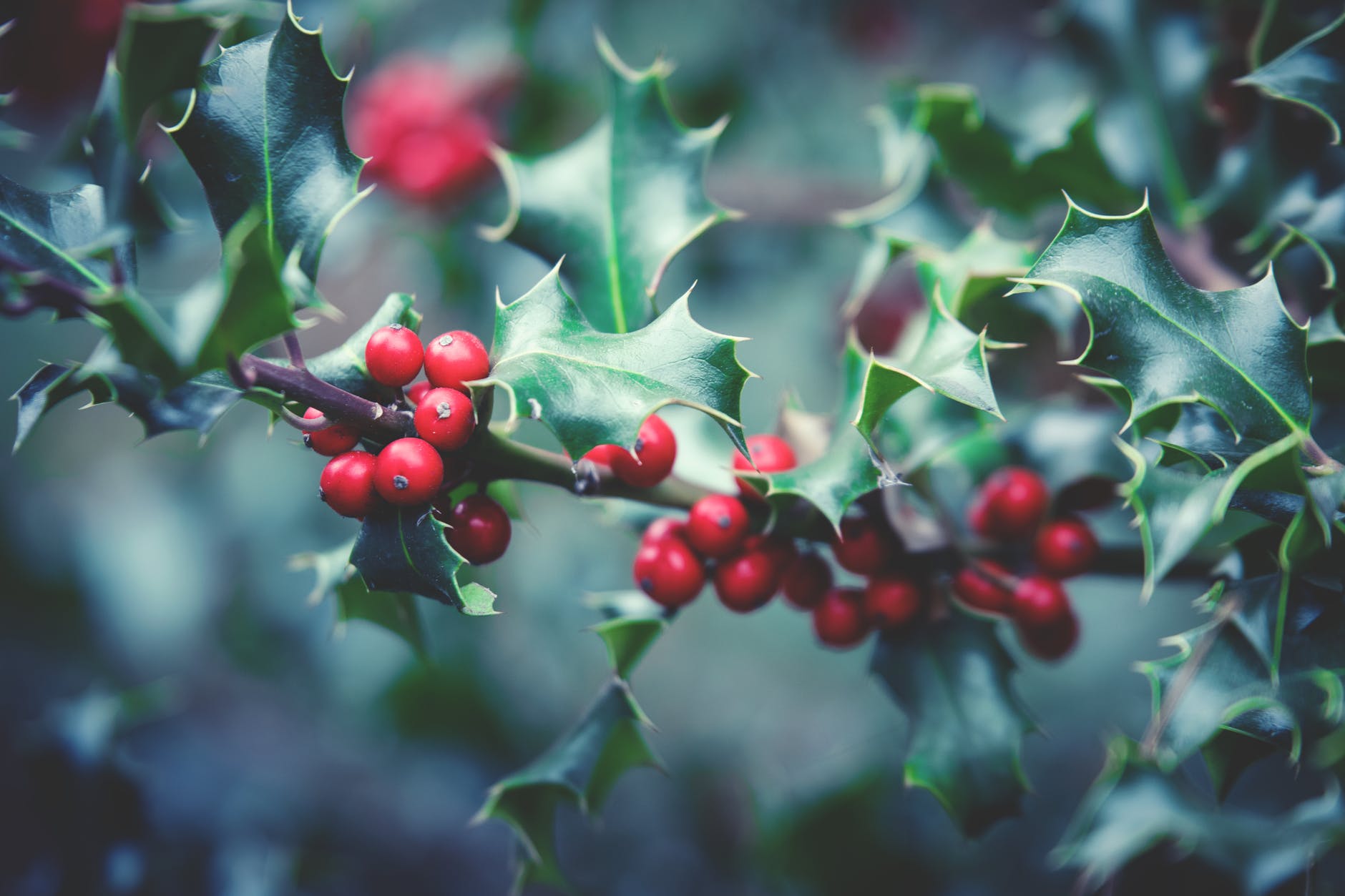 The crib represents the nativity scene with little figures who gather around baby Jesus: traditionally, Mary, Joseph, the three wisemen and a bunch of shepherds. But who created the first crib?
Saint Francis of Assisi did in 1223 at Greccio (Italy), basically to worship Christ.
Nowadays, you may find cribs in churches and Christmas markets, malls and on the streets and some of them are actually live-cribs! Who has ever been the sheep during the Christmas school play? 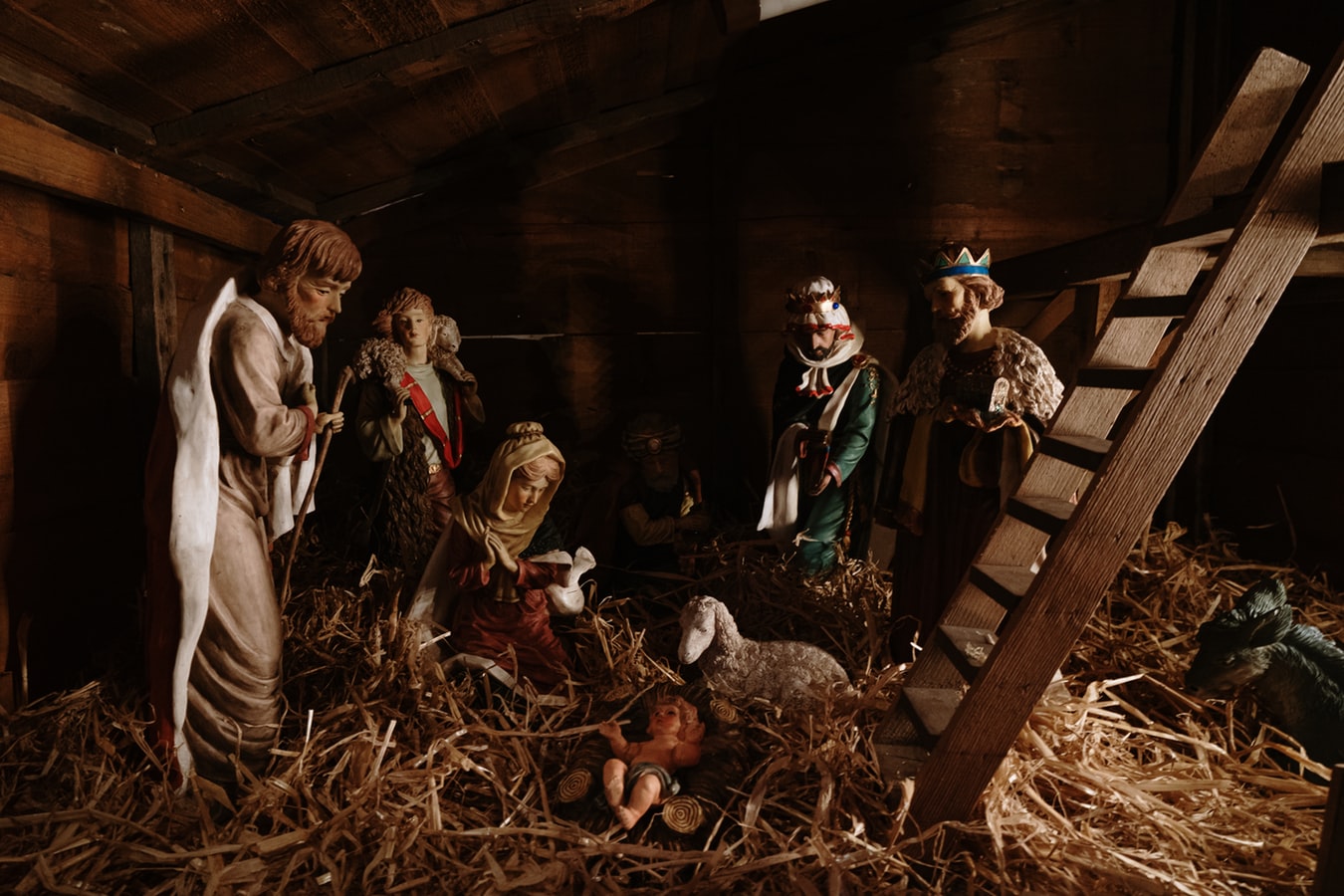 Christmas around the world

Let’s have a look around and find out fun facts and how people celebrate Christmas all around the world. It’s your turn now!
What does Christmas mean to you? How are you going to celebrate? Are you staying with your Host Family or are you going home? Share your experience and your sweet memories about Christmas with us. Leave a comment and… maybe you’ll get something special from Santa Au Pair!
The staff of AuPair.com wishes you a very Merry Christmas and Happy holidays!
#allIwantforChristmasisaupairing
Free Registration as Candidate Free Registration as Family

How to become an interpreterby Niamh on 12 Dec, 2019Read More »
A career in tourismby Felicia on 19 Dec, 2019Read More »
Some Thoughts...
Nakayenga
Dec, 25, 2019 - 08:12 pm
First Am wishing all of you a merry Christmas and happy New and nice holiday , the way celebrate Christmas we cook , we go to church , because we celebrating the birth of Jesus , once done with prayer, mum stat serving food and drinks and we chill at home and getting some rest and in the evening watching TV so that is the way we celebrate Christmas at home.
Hajar
Jan, 01, 2020 - 02:01 pm
I'm interested
Leave a comment:

Subscribe to our newsletter:
Categories:
For Au Pairs » 119
For Families » 22
Popular posts:
Au Pair in Poland: Useful tips » by Ewa on 11st Jul, 2022 For Au Pairs
Alice from AuPair.com is sharing her story » by Alice on 15th Aug, 2022 For Au Pairs
How to travel on a budget as an Au Pair » by Alena on 21st Jan, 2020 For Au Pairs
Visa Report » by Julia on 31st Mar, 2020 For Families
Brexit: the consequences for the Au Pair program » by Elena on 25th Feb, 2019 For Au Pairs
Join us
Are you looking forward to starting the Au Pair program? AuPair.com will help you find your future Au Pair / Host Family.
Register with us and get to know what we can do for you:
Register as an Au Pair Register as a Family