The Au Pair program is a great opportunity to experience a cultural exchange from the comfort of your own home. But it is also the perfect chance to expose your kids to a foreign language, and even raise them bilingual.

Many families hire Au Pairs from specific countries, in order for them to speak their native language with the kids. Your children will thank you in the future for giving them this amazing opportunity!

Read below to find out more about bilingual education! 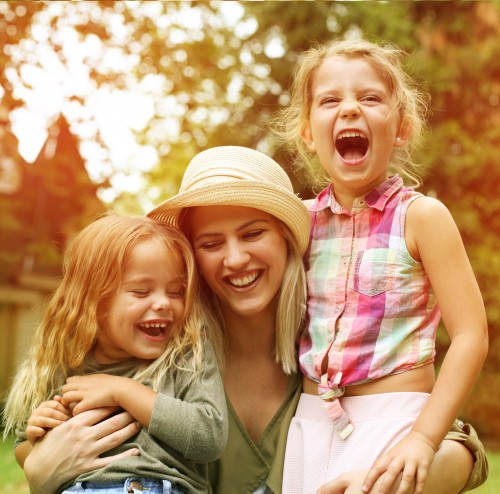 Parents know that there is nothing as difficult as making decisions that will affect your child’s life. Right after your baby is born, it becomes necessary to make some choices that will have an impact on his/her upbringing and future. Of course, among those choices are the ones related to his/her education.


Nowadays, there are many educative methods and their "final aim" is to endow your kids with the necessary instruments that will help them face the challenges they will encounter in their life. Plus you, of course, want to give them a head-start regarding a successful future.

For this reason, bilingual education is becoming more and more popular among parents who want their children to have the opportunity of learning a foreign language so they will be fluent in that language in their future. There are several reasons for which parents do this: They could be immigrants who would like their child to keep the parents' language, or they would like their child to speak two languages on a native speaker level.

Bilingual education has a lot of benefits and they are notably important: those people who can speak more than one language will have better job opportunities later on, as they will be able to communicate with people in different languages. It is very common nowadays to find companies that require their employees to speak two or even three languages.

In addition, being exposed to more than one language during the early years helps the child to acquire a native speaker’s level in both languages, and it also makes it easier for the child to learn a third or fourth language in the future.

For all these reasons, bilingual education is something that all families should take into consideration, especially in a globalized world in which the ability to communicate with people from other parts of the world becomes more and more important.

For a monolingual family whose child is being educated in a bilingual system, some doubts can emerge regarding the language the parents should use to communicate with the child.

If the parents cannot speak the foreign language very well, it could become an obstacle to the desired outcome – so how can parents put into practice what the child is learning in kindergarten or at school?

Hosting an Au Pair is the perfect solution for this problem! An Au Pair can be very helpful in terms of learning and practicing a foreign language. Your child could, for example, learn English – the international language – or maybe some more exotic language like Chinese. Being around the Au Pair who speaks the language of choice as a mother tongue will quickly improve the child's language skills and he/she will get used to being around the language in a more natural way.

As a conclusion, Bilingual Education is a good thing for your child’s education, and an Au Pair can improve the child’s linguistic and cognitive competencies. Bilingual education and the Au Pair program is the perfect match!


How can I contact a Host Family?
You need to visit the Host Family’s profile and drop a message there. If the family is a Premium Member, they will be able to read your message and answer it in no time. You can also add a Host Family to your hotlist. The families will immediately get notified that you are interested! Please find more information here.

How long does it take to find a Host Family?
It depends on several factors. Create your profile and make it attractive for other users. Check that you meet the Au Pair requirements set by the Au Pair program. Be active and contact 20-30 Host Families per day. While contacting the Host Families, make also sure that you fulfil the family’s expectations. Be active, open minded and try to convince families that the time spent with you will be a once-in-a-lifetime experience for their kids! Generally speaking, it takes from one week up to a few months to find a Host Family.

Can I become an Au Pair?
The Au Pair program accepts participants who meet mainly education, family and age requirements. Please take a look at the full list of Au Pair requirements.  If you meet them, register as an Au Pair today and find a Host Family that matches your criteria.